I’ve always been fascinated by the number of companies that moved buildings in the early decades of the 20th century.  In Los Angeles at that time, street widening projects and new construction often necessitated the relocation of existing buildings.  In … Continue reading →

Los Angeles Times celebrates Palm Springs’ Melvyn’s restaurant on front page! We’re so lucky that the last, great classic dining restaurant in the desert, with its top notch seasoned staff, remains for us to enjoy. Here’s to Steak Diane flamed table side!!

A Eulogy for the Four Seasons Restaurant

A well written article from the NY Times.  However, I disagree with the conclusion that the new, relocated Four Seasons will be worth watching.  There will never be another Four Seasons. http://www.nytimes.com/2016/07/10/nyregion/four-seasons-lunch-spot-for-manhattans-prime-movers-moves-on.html?_r=0

Check out this great article in Los Angeles Magazine about the history of airline food.  It appeared in the magazine’s online “Ask Chris” column penned by my good friend Chris Nichols.

One of Palm Springs’ masters of Desert Modern architecture, Donald Wexler, was honored with New York Times and Los Angeles Times obituaries today.  Fitting tributes to a great architect and a wonderful human being. 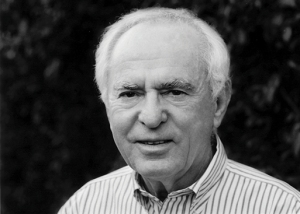 Habana Hilton – Pawn in Castro’s Battle Against America in 1959

The Guardian newspaper published this intriguing article about how the Habana Hilton, the hotel-casino that had just opened in 1958, became the symbol for Fidel Castro’s dismantling of America’s dominant position in Cuba when he took it over as his headquarters in early 1959.

Habana Hilton upon completion in 1958

The article also generously includes quotes from my Havana book.

I was surprised to learn that former Project Runway fashion designer Christian Siriano says that his new Resort 16 fashion line was inspired by my book “Palm Springs Holiday.”  The Desert Sun took notice and published this article.  How fun! … Continue reading →

Because of the renewed interest in Cuba travel, it made sense to completely revamp my Havana Before Castro website.  It includes chapter summaries, a downloadable sample chapter, and cool Then & Now photos.   Take a look! People are using … Continue reading →

Two major victories in two days.  New York City’s Landmarks Commission voted to deny requested alterations to the interior of the Four Seasons restaurant in Manhattan.  The interior had been designated years ago, but the current owner nonetheless wanted to make changes that would have harmed its integrity and historic fabric.  The Four Seasons remains my favorite restaurant interior in the United States.

The other big victory was in Los Angeles.  One of the best remaining examples of Googie style 1950s coffee shop architecture was declared a Los Angeles landmark! Hopefully, this will motivate the new owner to keep rather than demolish the building, which is what motivated the nomination. 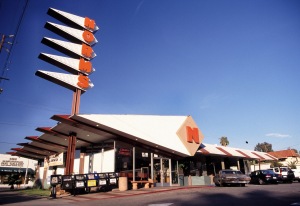 Norm’s La Cienega on the border of Los Angeles and West Hollywood.