SOLD OUT. Moruzzi’s Out-of-Print “Classic Dining” I didn’t expect such an overwhelming and rapid response. Thanks everyone for your enthusiasm and sorry that I didn’t have more copies.

I’m selling 10 new copies of my 2012 book “Classic Dining: Discovering America’s Finest Midcentury Restaurants” that I discovered in storage.    This out-of-print book currently sells for $95+ on Amazon, but I’m offering it for $30, it’s original cover price, plus the cost of priority shipping.  I can also dedicate and/or sign it.  Use the “Leave a Reply” comment section at the bottom of this post.  Pay via PayPal.

On Saturday, September 7th at 6pm I will be giving a rollicking slide talk of historical highlights and sign books at Soap Plant – Wacko, 4633 Hollywood Blvd.  “Greetings from Las Vegas” features over 300 vintage photographs and postcards that tell the story of the fabulous desert oasis from its birth in 1905 to the swinging ‘60s and beyond.

Humorous and informative, the book visually celebrates Las Vegas’ evolution from a dusty railroad town to the world’s entertainment capital.  What makes this book different from others is the sheer number of images – over 300 – many of which have never been seen before, and the numerous vintage Kodachrome slides of ordinary people enjoying Las Vegas. 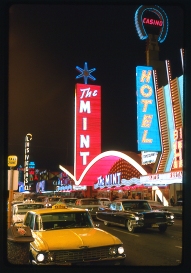 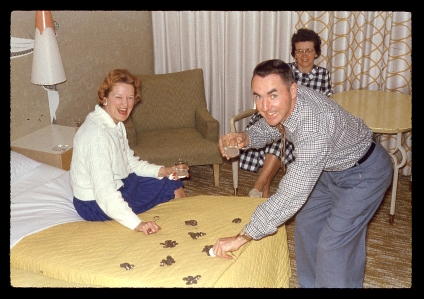 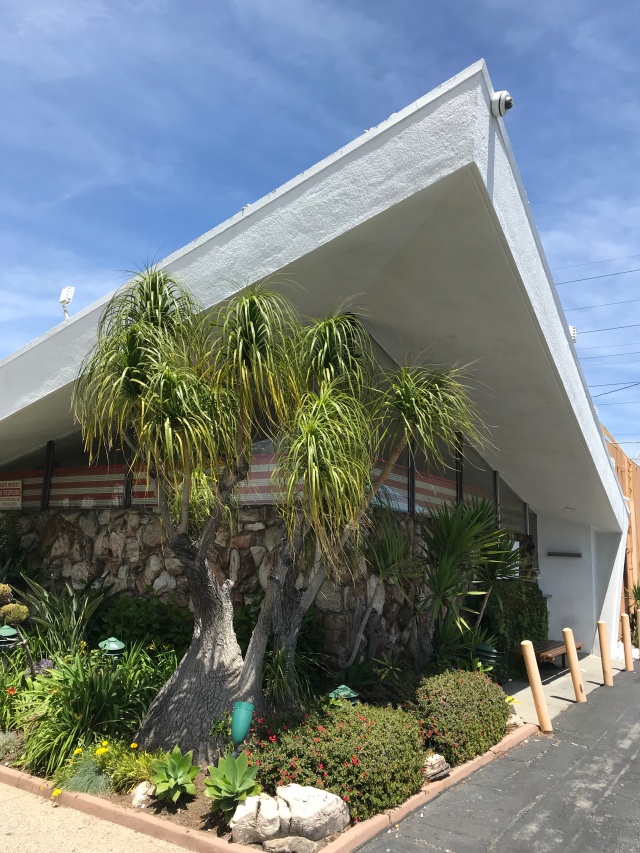 Back Cover for “Greetings from Las Vegas” 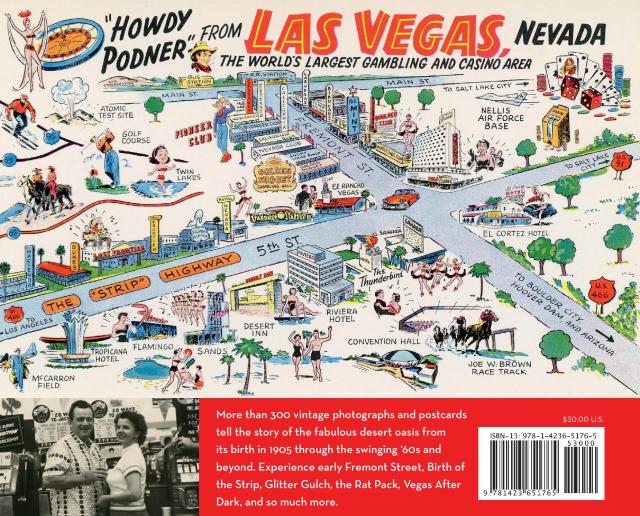 “Greetings from Las Vegas” Out Soon!

I am excited to announce that my latest pictorial history “Greetings from Las Vegas” will be available this September.  Humorous and informative, the book visually celebrates Las Vegas’ evolution from a dusty railroad town to the world’s entertainment capital.

Here’s a link to pre-order from the publisher.

In the 1920s, Fremont Street was Las Vegas’ modest commercial center.  After gambling’s legalization in 1931, its several blocks exploded with increasingly elaborate neon displays that would forever cement downtown’s identity as Glitter Gulch.  The book also examines the fascinating blend of myth and fact surrounding the creation of the fabulous Las Vegas Strip.

Las Vegas’ initial branding embraced the Old West, transitioning to sleek modernism in the 1950s, then to the exaggerated themed environments of the Strip so familiar today.  All are explored in the book.

Spectacular nightlife has been as essential as gambling in the rise of Las Vegas.  The book documents the invention of the lounge act, dazzling stage productions, gorgeous showgirls, legendary entertainers, and the antics of the Rat Pack.”

More information about the book will be forthcoming.

Oil fever!  It’s hard to imagine today, but starting in 1892 until its peak in 1901, there were over 1,000 oil derricks west of downtown Los Angeles crowding the neighborhoods of Elysian Park, Echo Park, Westlake, and Mid-Wilshire west to Vermont Avenue.

As featured in my new book, “Greetings from Los Angeles,” derricks and oil storage tanks were mere feet from homes, churches, stores, and schools.  Often there were two or three derricks on one 50 x 150 foot residential lot. 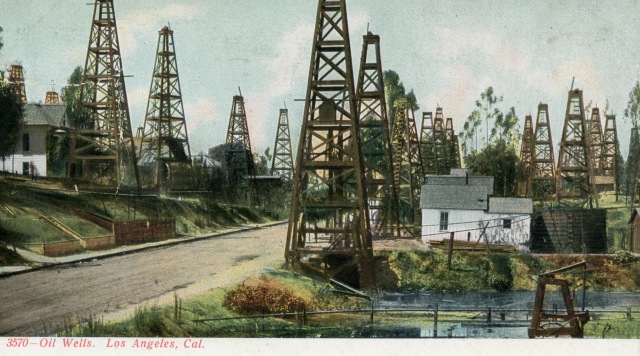 By the time the oil field was mostly depleted nine years later in 1901, many investors and homeowners had become rich.  As the Los Angeles derricks were taken down, others would soon appear in Signal Hill, Long Beach, Santa Fe Springs, Huntington Beach, and Venice, as major oil strikes in the 1920s and ’30s made the region among America’s top oil producers before World War II.

On Saturday, August 19th at 7pm I will be giving a book launch and rollicking slide talk on my new “Greetings from Los Angeles” at Soap Plant-Wacko in Los Feliz.   The book is a comprehensive, humorous history of Greater Los Angeles as told … Continue reading →