Dome of the Sea restaurant at the Las Vegas Dunes

There have been many outrageously themed motels, hotels and restaurants constructed in Las Vegas these past 75 years but few have been as over-the-top fabulous as the Dome of the Sea.  Of everything ever to appear on the strip it was my favorite, with the Landmark and Sands Hotels coming close behind.

The Dome of the Sea, constructed in 1964, protruded emphatically from the south end of architect Milton M. Schwartz’s 21-story ultra-Modern north tower that rose from the desert in 1961.  Schwartz was especially proud of the building, saying of the restaurant’s unusual form in a 2005 interview, “The Dome of the Sea was something I had always wanted to design. It was a circular building and it looked like it came from outer space. It just felt like it fit on the desert to me.”  Amen. 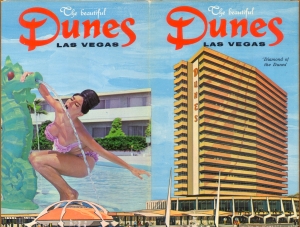 The salaciousness of this illustration is freakishly refreshing. 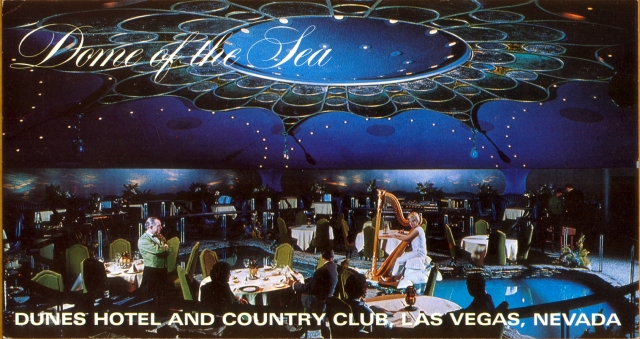 This menu is one of the most beautiful in my collection.  You can sort of tell from the photo that the actual menu cover is made of a meshed plastic that gives the appearance of shimmering water.

On the menu was my favorite dish from the world of continental-style fine dining: Lobster Thermidor. 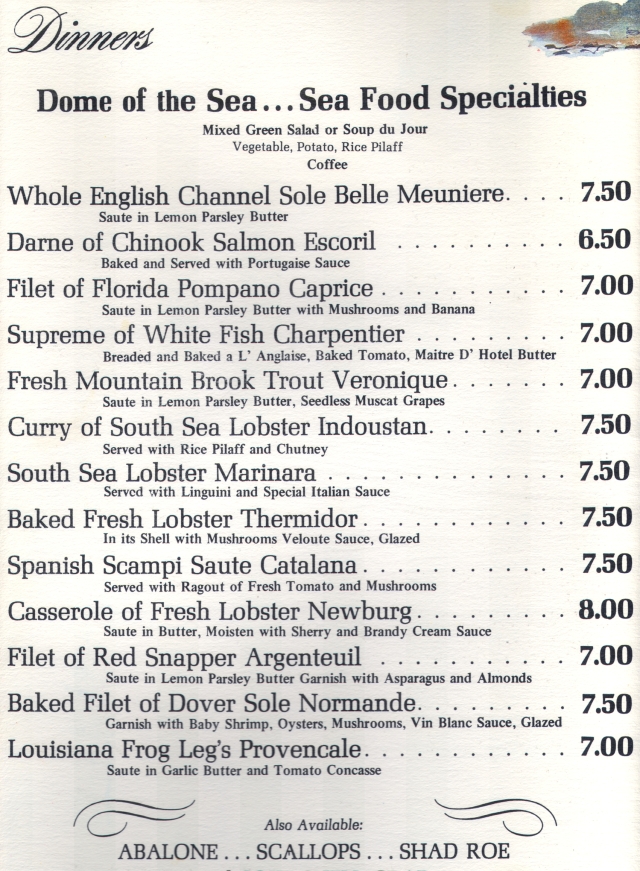 After the Dunes closed in early 1993 its contents were auctioned off.  Later that year, new owner Steve Wynn imploded the Dunes property to make way for his ostentatious Bellagio.  I couldn’t (and still can’t) bear to watch the demolition footage.  I was told that the soaring Dunes sign was still operating – with the progressive red neon outline of an Arabic tower continuing its ascent – a few moments after it began toppling to the street. 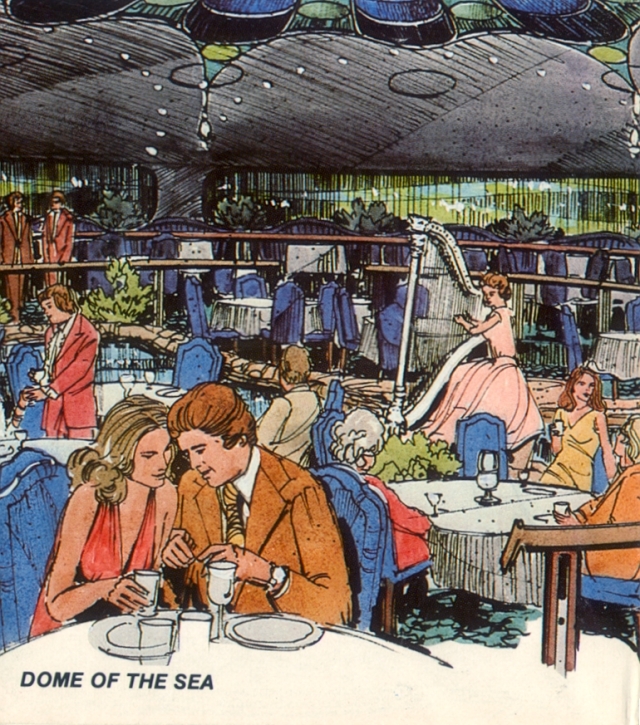 Dome of the Sea in the Swingin' 70s

Friends and I were able to say goodbye to the space age Landmark Hotel before its implosion in 1995 and the Rat Pack-era Sands Hotel prior to its demise the following year.  Indeed, in just four years my Vegas of the 1980s – the decade that I first relished its mid-century treasures – was gone.  It was quite awhile before I could go back to savor the last staggering vestiges of the old Vegas such as the El Cortez, the Golden Steer restaurant, and Binion’s Horseshoe (foreshortened to merely “Binion’s” after Harrah’s Corp. bought the “Horseshoe” name from the Binion family).  I will continue to visit these places until they, too, are swept away for the latest ‘big thing.’

But, ahhhhh, to know what it once was…