Designing a menu cover that defines a restaurant with a single graphic is exceptionally challenging.  When done right, the result is a work of art.  Here are some of my favorites that are featured in “Classic Dining.”

If you click on each menu a large high-resolution version will appear.

The Newarker of 1952 at the Newark Airport was Restaurant Associates’ first foray into fine dining. It preceded their Four Seasons in Manhattan by 8 years

La Fonda del Sol was a Restaurant Associates property that opened in 1960 at the Time-Life Building in Manhattan. 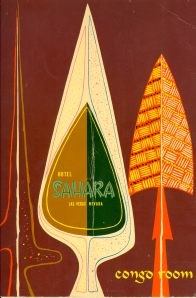 Las Vegas’ Sahara and its Congo Room appeared in 1952 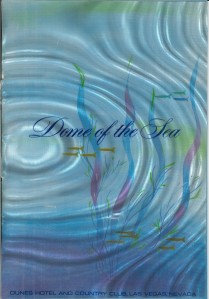 The Dunes’ Dome of the Sea was a 1964 apparition by architect Milton M. Schwartz.

Bacchanal at Caesar’s Palace was over-the-top in 1966. 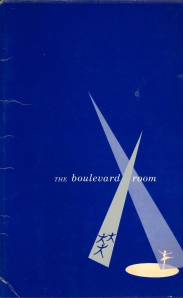 The Boulevard Room was in the Conrad Hilton in Chicago 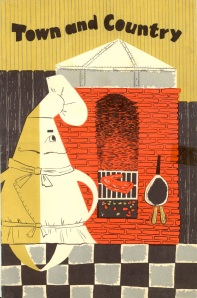 The Town & Country was Dallas’ finest restaurant in the 1950s 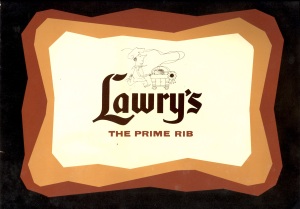 This Beverly Hills Lawry’s menu is from 1958